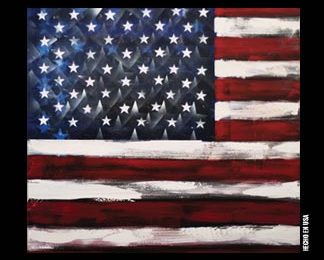 KZK Records is proud to announce “2017 The Year of the Bully” a new Album by Joaquin Berrios.
It’s a conceptual work, with songs that narrate the entangled state of affairs in american politics and society in general during the year 2017. Once again, the author worked with Joanna Hughes on vocals, Phoenix Rivera on Drums, and Michael Sinisgalli in Tenor Sax. We had a chance to sit down with the composer and talked about his new work.
Here’s our chat:

KZK: What moved you to write this songs?

JB: I don’t remember if it was something specific that triggered it or if it was the sum of all the crazy events ruling the media that year (2017), but one day, I just started writing songs about them…like a songwriter from the 60’s…
In other albums, I mostly talked about personal experiences…but this time, I felt the need to do something for the common cause, my grain of salt.

KZK: Can you tell us a little bit about how you came up with the Title of the Album?

JB: Sure. In 2017, it felt like the Chinese horoscope had been broken down to pieces…beat down by a Bully. That year there was so much bullying going on…that we just can’t put the blame on the Rooster alone. (Laughs)
Vast sections of the population were so stressed out with so many threats going around…from chauvinism to racism to apocalyptic atomic visions and the end of the world … even our allies in Europe and Canada…not to mention Mexico, were completely disconcerted with the lack of empathy America brought to the table.

“There’s only one flag for all of us that live and create in this Land. I did it with respect. There’s a lot of power to the symbol.“

KZK: Why did you choose the American Flag for the cover?

JB: I wanted to represent the Union…America in all it’s diversity from Alaska to Florida, New york to Los Angeles…There’s only one flag for all of us that live and create in this Land. I did it with respect. There’s a lot of power to the symbol.
I must say, that once I decided that the Flag was going to be the cover…I started seeing it everywhere…It’s strange how your mind works.
Saw it as a marketing tool…from a burger stand… to the top of a bikini…I think it’s a good thing to bear the Red White and Blue…and the principles that it stands for.

KZK: Why the “HECHO EN USA” on the side of the cover?

When I was a kid, in Chile, I remember the excitement whenever you were able to get a toy coming from the United sates. I remember the words “MADE IN USA”. This toys were of such an amazing quality! If I close my eyes…I can totally see the Tonka Truck that my father brought home from one of his trips to America. There was such pride in those three words “MADE IN USA”. I think that sentiment…has been a tad forgotten. Most of the toys nowadays are just disposable plastic means to fulfill the insatiable consumerism ruling our lives. And on top of that…most of them…come from China.
For this album, that we just made, I wanted to use the words in Spanish: ” HECHO EN USA” , to remind us that this nation, was also built with the sweat and blood of many Spanish speaking people too. There is pride on what we create as an American, being fifth…or first generation.

KZK: you sang in this new Album in English and Spanish…Why?

JB: I do not think that there has to be always a reason” why” behind what we create as artists…sometimes, it just comes to you in a certain way, and one must follow the call.
For some reason, I just kept hearing lines in spanish while writing the lyrics.
I guess that the first song of the album set the tone…”Babel“. This one (the Song) narrates the sacrifice that people from all over the world make in order to come to America.
This story happens before one arrives here…so it seemed only logical to me, to sing in my mother tongue. From then on, though it’s mostly in English…there’s always a line or two in Spanish…I live in Miami..(Laughs).
Anyway, as you will see, we created lyric videos for all the songs with translations to both languages…so everybody, that speaks either one, will be able to follow the story.

“Mankind with all its brutality and delusions of greatness…is still just a tiny drop in the Universe.

KZK: you said “story” can you expatiate a bit more on that?

JB: Yes. Well, like I mentioned before, the Album starts with “Babel”, this song is about the immigrant that leaves everything behind in pursuit of the American Dream.
Song two, “Standing Still“, is the Statue of Liberty welcoming people to America.
From here (points to the floor and then Left)…we jumped to “Standing There“…to the middle of War. It aint really that far and it’s terrible.
After watching hours and hours of news…one comes to the realization, that there are mostly lies floating around us and that nothing seems to be really real. The shortcomings of our nature, are corrupting to the core our beliefs…quite “The Year Of The Bully” indeed.
Now, the situation is really dangerous and embarrassingly out of hand..though, we hope to survive this mess…”Auribus teneo lupum”…hold a Wolf by the ears…whatever you do, implies danger.
It’s also important, to realize that most of us, are being used by insatiable corporations as means to prolong their unfair distribution of wealth. We should be concerned with the fact that for them, we are becoming mere numbers, and as such, we are nothing but means for a transaction. The songs use the Wall Street Bull to personify greed…”Wake Up!”.
Mankind with all its brutality and delusions of greatness…is still just a tiny drop in the Universe. And though this one (The Universe) may be infinite …this little blue planet is the only place where we exists.
With all the greed and wars we maintain, we are making each others lives miserable and in the process…we destroy our only  vessel…Earth…”I’m on fire“.
With our arrogance, we take for granted this spot in the Universe, and the miracle that life is. So I wanted to pay tribute to the sky and the “Sun King“. Remind us of the fact, that everyday that we are able to breath is a great day.
Well…and like always…It’s always about Love. Here’s a fable about marriage and the void…the wedding party can be a mess…but the central point is always the union…the vow to be with each other till the end of time…whatever happens…happens. For Love we’ll follow each other even “Into the Void“.
And speaking of Love…the last song is a letter, a goodbye and a warning….there’s only so much you can bully the world…what goes around…comes around. “I Love You“.
So you see…there may not be a fixed structure to this…yet, there’s a definite sense of unity….at least to me. (Laughs)

KZK: What can you tell us about the production process?

JB: This one was very different from previous albums…but I guess that all of them are…like people.
For starters, everything, but the drums that were recorded at Alejo’s (Rozas) studio, was tracked, mixed and Mastered at an apartment in South Beach. Level wise, the mayor challenge was the re-amping of the guitars and bass…pretty intense to have a twin verb (Fender) blasting the walls of an apartment building…I did it so fast, that i may had overlooked a couple of issues…but, that’s just more character to the Album.
I was very fortunate, one more time, to have such great musicians and friends as Joanna (Hughes), Michael (Sinisgalli) and Phoenix (Rivera), layering their sounds and giving life to this Music. Also, thanks to Juan (Rozas) and Delfin (Rozas), we got the Art that encloses this piece. And my Wife Micaela (Rozas), was the one that put it all together. You can say that the end product is a Family effort.

KZK: What can you tell us about the sound of the Album?

JB: Sound wise, I think it’s also very different. This time, I experimented a lot with gain structure and compression…at moments, the instruments seem so close to you.
This time around, I did the Mastering myself…I know it’s not the best scenario, but it’s part of the sound, and I took upon myself to take the project from composition to full fledged Album. It was very interesting to master it and have to decide on sonic translation and loudness levels. I did my research and listen very carefully to the pros and cons of heavy compression and limiting…every sound has it’s sound…I ended up with an approximated objective of -12LFS long term sounding Album…data for those of you concerned with “Loudness Wars”. for the translation part…I know I did a couple of dubious moves in the process but it’s all part of the process…I hope that it sounds good to you…

“There is also the possibility, if financed, to create our version of a musical…with all the musicians and other artists needed to stage the project… but you know…for now, a small ensemble may realistically help us take the music further…until that day.”

KZK:What are your plans for the near future?

JB: For now, I’d like to see where is that this music will take us. Learn from the process and keep growing. I want to put together the Band and play the songs like they where some sort of “Rock standards”, Improvise, forget some of the original recording and expose the songs to a new light. I’d love to record them with “The Happy Fridays” live to video, and then go on tour.
There is also the possibility, if financed, to create our version of a musical…with all the musicians and other artists needed to stage the project… but you know…for now, a small ensemble may realistically help us take the music further…until that day.

KZK: After all the work done for “2017 The Year Of The Bully“…any words of wisdom?

JB: …like my shoemakers friends would say…”Just do it”.

2017 The Year of The Bully will be  on all mayor virtual music stores this August.

Requiem for Utopia…An Interview with the composer